This author has not yet filled in any details.
So far Dionne Cook has created 4 blog entries. 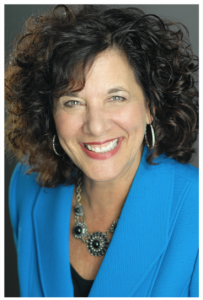 Melinda was an icon in the home building industry, founding Melinda Brody & Company in 1986, as one of the only video shopping firms to focus solely on home builders. Melinda held the MIRM designation (Master in Residential Marketing) and was a six time MAME award winner (Major Achievement in Marketing Excellence). In 2015, she was recognized as the recipient of the distinguished John P Hall Award at the Southeast Building Conference (SEBC) Excel Awards. This highly recognized achievement, by nomination only, is bestowed upon an individual who has shown a commitment to excellence, professionalism, and true dedication to the home building industry. Melinda held the CSP designation (Certified New Home Sales Professional) from the National Association of Home Builders and an additional CSP designation (Certified Speaking Professional®) from the National Speakers Association (NSA). The CSP is the most prestigious earned designation conferred by NSA to approximately only 17 percent of members. A nationally recognized speaker, Melinda was a regular fixture on the platform at the International Builders Show (IBS), The Southeast Builders Conference (SEBC), and almost every Home Builders Association across the country. Known for her humor and directness, her professional passion was training, coaching and speaking to new home sales associates providing insight and advice on how to perfect their sales presentations.

Melinda had the unique benefit of incorporating actual mystery shopping video clips of best practices into her sales seminars and sales training products. Not only did she teach salespeople how to deliver the best presentation possible, she demonstrated real life examples from the field. It was considered a high honor to be showcased by Melinda as one of the top performers in the nation. In 2013, Melinda accomplished one of her life goals, writing and publishing “They Said What: Behind the Scenes of 25,000 Undercover Video Mystery Shops” which provides training tips and resources along with examples of the best and worst in video shopping for new homes salespeople. Melinda was named one of the “Top 25 Businesses in Orlando” by the Greater Orlando Chamber of Commerce. She was a proud member of the National Speakers Association for more than twenty years and the Greater Orlando Home Builders Association, Florida Home Builders Association and the National Home Builders Association.

She also believed in giving back to her community and was involved with Dress for Success and the American Cancer Association.

As team captain for “Mel’s High Steppers” for the American Lung Association’s Fight For Air Climb – Orlando, Melinda inspired others to raise funds to help those affected by lung disease.

Retiring in 2016, Melinda pursued her passion for exploring the world, visiting Indonesia, South Africa, Iceland and many other exotic locations. Today Melinda’s legacy lives on through her daughter, the company that bears her name, and the many lives she inspired with her mega-watt smile, fantastic sense of humor, warrior spirit and zest for life.

Learn more about The Nationals from the winners listed below. Click on each name to view their commentary about the event, the win and what it all means to them.

Learn more about The Nationals from the winners listed below. Click on each name to view their commentary about the event, the win and what it all means to them. 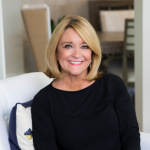 Since 1983, Mary has been working with home builders and developers across the country and has won numerous local, regional and national industry awards for Interior Merchandising Excellence. She is recognized nationally as a leader in the field of model home merchandising and believes strongly in giving back to the home building industry.

Mary joined NAHB and the HBA of Greater Austin in 1985 and has been a raving fan ever since. She has been a speaker at the International Builders Show since 2007 and a frequent contributor to Sales and Marketing Ideas Magazine, Builder and Developer Magazine and other industry publications.

In 1990 Mary received the coveted MIRM (Master in Institute of Residential Marketing) designation and became a co-instructor of IRM II. The opportunity to reach out and share information with other industry professionals across the country and to learn so much from other instructors has been one the highlights of her career.

Mary has been actively involved in NAHB since she joined. She was the 2003 Chairperson of the National Sales and Marketing Council and the 2006 President of the Institute of Residential Marketing. Mary has and currently serves on the 55+ Housing Industry Council Board of Trustees and is 2nd Chair of the Design Committee. In addition, she has been chairperson of The Nationals and is a frequent judge for local award programs across the country.

Mary served on the HBA of Greater Austin’s BOT for many years and was the Vice President of Sales and Marketing for four years on the Executive Board. She was one of the founding members of her local SMC and served for five years as its president. She is still an active member. 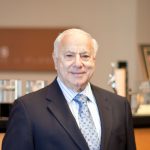 ARTHUR C. DANIELIAN, FAIA
Founder & Chairman
Danielian Associates Architecture + Planning
Over the course of his 55+ year career, Art Danielian has truly made his mark on the field of residential architecture. Not only has he achieved exemplary accomplishments within the profession, he has a demonstrated history of giving back to the homebuilding industry and providing mentoring to the next generation of architectural students and industry professionals.

Art grew up in Pasadena, California, and served in the US Army before attending USC School of Architecture. During his time at USC, he immersed himself in the field and worked for a myriad of structural engineering and architecture firms. Two notable projects that Art worked on include the Apollo launching structure and the Space Needle. Upon his graduation in 1963 he began working for Ed Fickett, FAIA, one of the nation’s pioneers in master planned residential communities. Working with Ed is where Art got his start in residential design and ultimately found his passion.

After venturing out and starting his own architectural firm early in his career, Art Danielian pioneered such innovative residential housing concepts such as the wide and shallow lot configurations, combo / condos, and various improvements of the ‘z-lots’ all of which had a substantial and positive impact on community character in master planned communities throughout Orange County. Art also assisted with the Charter for the City of Irvine. After being honored with numerous awards within California and advanced to the College of Fellows of the AIA in 1982, Art expanded his architecture services throughout the United States and then to the rest of the world – creating innovative housing designs and communities that homebuyers loved to live in.

Art became a recognized expert in innovative housing design, bringing a multitude of ideas to the homebuilding industry. He was one of the first architects to embrace a market-driven design model, working with each of his builder clients and market researchers to truly identify their market profiles – creating homes with tremendous absorption rates that were well loved by their buyers. For nearly 20 years he represented the AIA and led the architecture and design panels at the International Builders Show and was a regular speaker at industry conferences and events. Art was one of the founding members of his local SMC, helped ignite the MAME Awards, and was among the first group of individuals to earn their MIRM designation by NAHB. Throughout the years Art has been honored with the Max C. Tipton Award, the Rodney Radom Memorial Award, and in 2002, Art Danielian was the first architect to be inducted into the California Homebuilding Foundation Hall of Fame. This honor was bestowed upon him due to “contributing immeasurably to the community, advancement of the profession, and for elevating the architect’s role in the homebuilding industry.”

In 2018, Art’s firm Danielian Associates celebrated 50 years in business. The firm attributes its success navigating the ups and downs of the economic housing cycle due to their market-driven design philosophy and having an international market presence. To date, the Danielian Associates Team has provided planning and architecture services to 44 states and 15 countries worldwide — creating well over one million units of housing. The diverse range of products Art and his team have designed include production housing, custom homes, multifamily housing, mixed-use, affordable housing, senior communities, clubhouses, transitional housing for US military veterans, master planned communities and much more.

Art believes in hard work and being tenacious. His high energy and passion for design are contagious in the office. Art continues to work full time, focusing primarily on international projects while the firm is now under the leadership of his son, John Danielian, AIA.